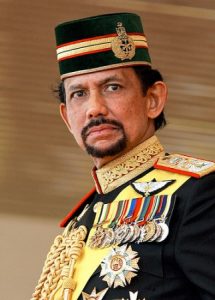 Brunei has introduced stoning to death and amputation for adulterers and gay sex under a law that came into effect on April 3, 2019. According to the Telegraph, the law only applies to Muslims and the public punishments will only be ‘witnessed by a group of Muslims’

In addition to penalising gay sex with death by stoning, Brunei now prescribes the punishment for extramarital sex, abortion and blaspheming the Prophet Mohammed. Lesbian sex, which was previously punishable with imprisonment and a fine, can now prompt 40 lashes.

These harsh new laws encountered swift, global backlash. The United Nations condemned the punishments, as have foreign governments and LGBT activists in the region. Western celebrities, including George Clooney, Ellen DeGeneres and Elton John, called for a boycott of the luxury hotels owned by Brunei’s well heeled leader – including the Beverley Hills Hotel.

Following the news, Amnesty International called for an ‘immediate halt’ for the punishments.Rachel Chhoa-Howard, Amnesty’s Brunei researcher, said: “The international community must urgently condemn Brunei’s move to put these cruel penalties into practice.”

Brunei, a former British protectorate of about 400,000 nestled between two Malaysian states on Borneo island, is the first country in East Asia to adopt the criminal component of sharia at a national level.